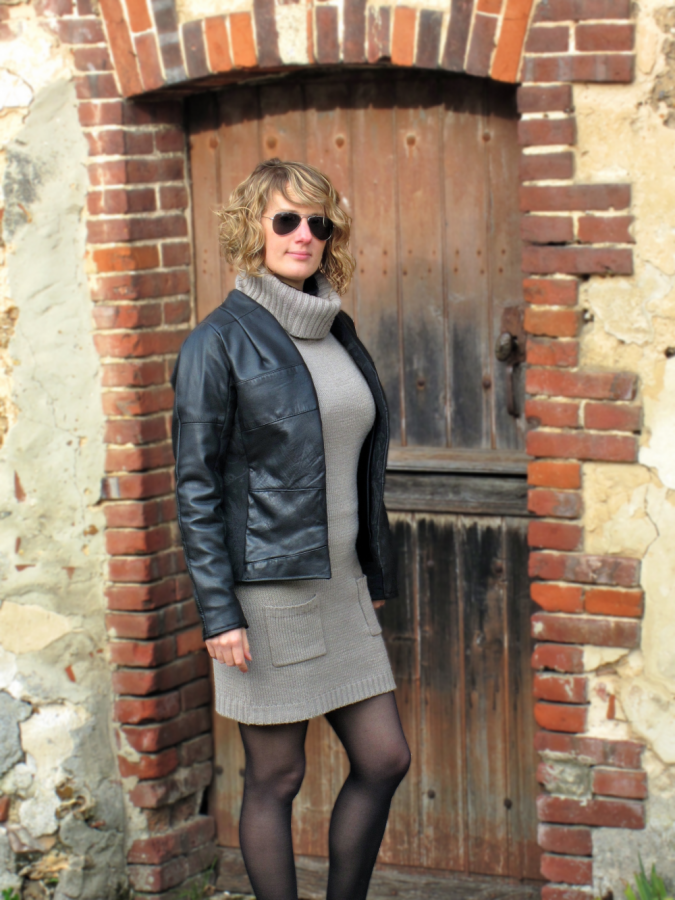 Back with my project for Extreme Makeover Sewing contest on Thread & Needles ‘site! 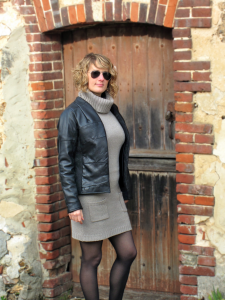 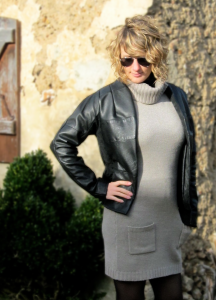 I loved the concept of trying to make something new out of something old, it’s a responsible way of sewing and I think I should do it more often. I chose an old leather jacket which has been slept in my  mother’s wardrobe for a long time. Here is what it looked like before :

So I decided to update this leather jacket and for that I took model No. 13 from Ottobre magazine (winter 2013). This model has the advantage of being not too much complicated (few pieces). Unfortunately, once I have unpicked the original jacket , I quickly realized that the leather that I had recovered won’t be enough to make the new one, or at least,  I would have to do a lot of parts that would distort everything. I therefore decided to make a bi-material jacket with leftover black embroidered fabric that I bought a long time to make a costume …  I doubled my leather jacket with black satin that lying around in my fabrics because the original lining was definitively not reusable.

For this project I had to buy :

I was in a cold sweat as sewing leather with my Brother machine FS 40 but we came out 😀 !

In short, it makes me a new  genuine leather jacket for less than 20 euros, and just for that, thank you the contest,I know that whatever the outcome,in a way, I have already won ! 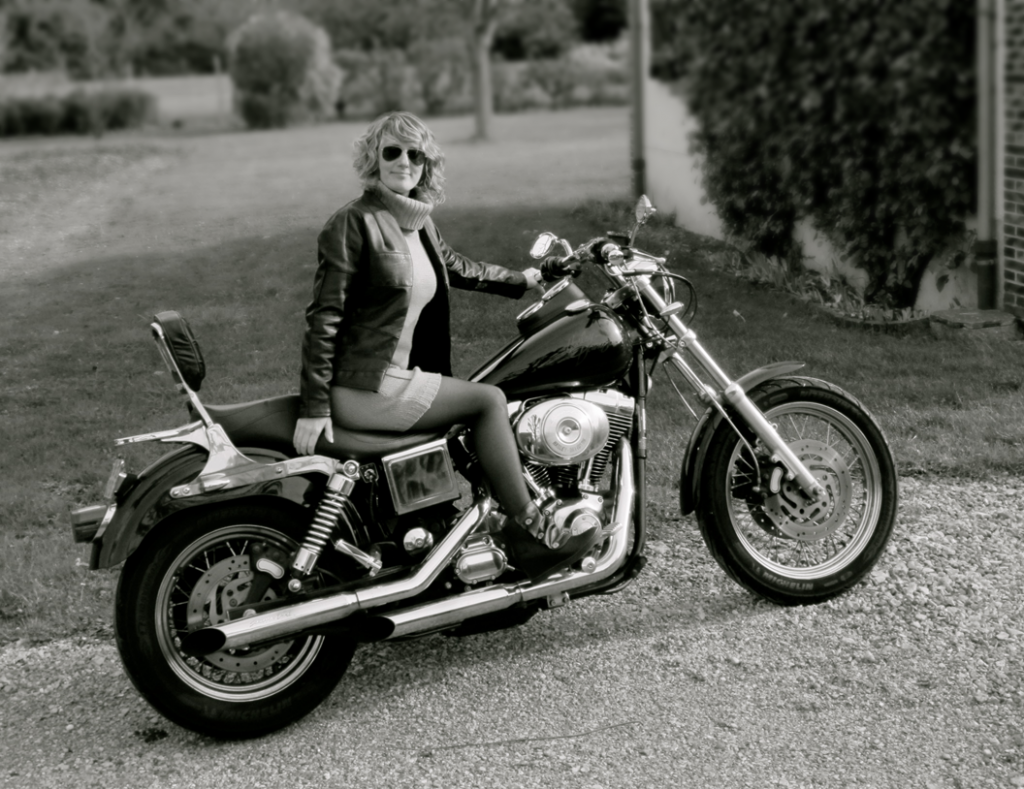 You can see the contest’s results here.

This website uses cookies to improve your experience while you navigate through the website. Out of these, the cookies that are categorized as necessary are stored on your browser as they are essential for the working of basic functionalities of the website. We also use third-party cookies that help us analyze and understand how you use this website. These cookies will be stored in your browser only with your consent. You also have the option to opt-out of these cookies. But opting out of some of these cookies may affect your browsing experience.
Necessary Always Enabled
Necessary cookies are absolutely essential for the website to function properly. This category only includes cookies that ensures basic functionalities and security features of the website. These cookies do not store any personal information.
Non-necessary
Any cookies that may not be particularly necessary for the website to function and is used specifically to collect user personal data via analytics, ads, other embedded contents are termed as non-necessary cookies. It is mandatory to procure user consent prior to running these cookies on your website.
SAVE & ACCEPT