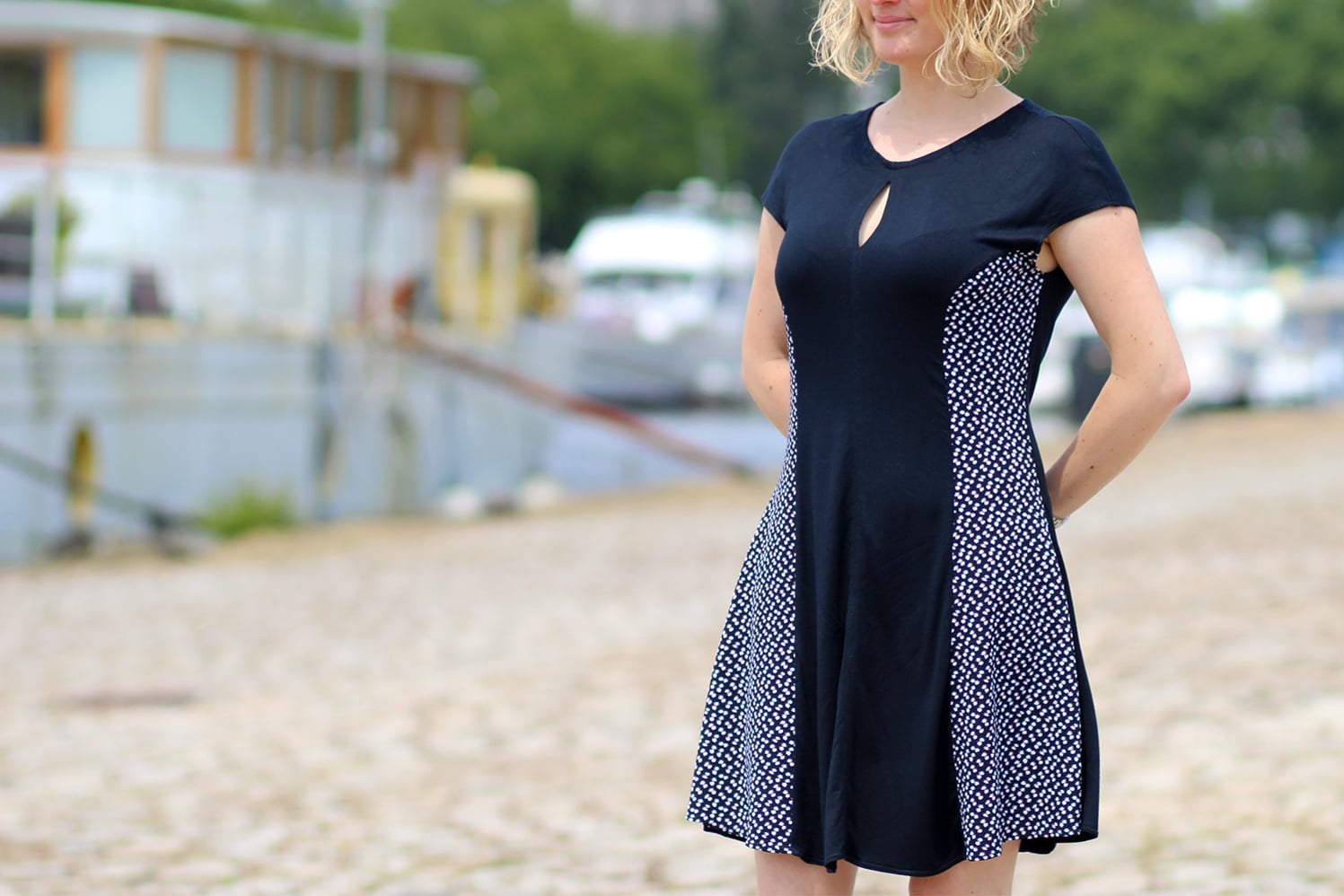 I am back with a another knit fabric dress ! Since I have an overlock machine, I can say that knit fabric and I are almost became friends. “Almost ” because it is still as boring to be cut. I started making the Sewaholic Davie dress during the workshop “I sew a knit fabric cloth”, overseen by Christelle Beneytout.

I fell in love with the Davie dress when it was presented on the Thread and Needles website, in this article. I immediatly bought the printable version in french and I stored it. I also had a blue knit fabric which was waiting for the right pattern. So the workshop was the opportunity! I decided to sew the shorten version with sleeves. Once the paper pieces glued and cut, I realized that I would not have enough blue knit fabric … I first thought of a striped knit fabric remaining from an former dress. But the navy coloured fabric didn’t match with the other… So I have decided to look for another contrasting fabric and I found some interesting polyamide with patterns

I had read about Vanessa’s blog who also sewed the Davie dress, she doubted that the stitching were required …well I can confirm they were eventually not  (yes, I was a little lazy). I just opened the seams for the two front pieces that form the drop and stitched so that they remain opened.

At first sight, I was not convinced with the dress’ fit ( too heavy tissue perhaps?) I almost removed 3 cm from the shoulders otherwise I could put my head through the armholes. Even once I had done that, armholes were still too wide, so I also removed a little fabric below. I obviously shortened the dress (as usual) and bonus : I dug the  back of the dress ; the result was adjusted but then small folds formed  -_-  And while looking closer, it always seems to be longer on the back than on the front… 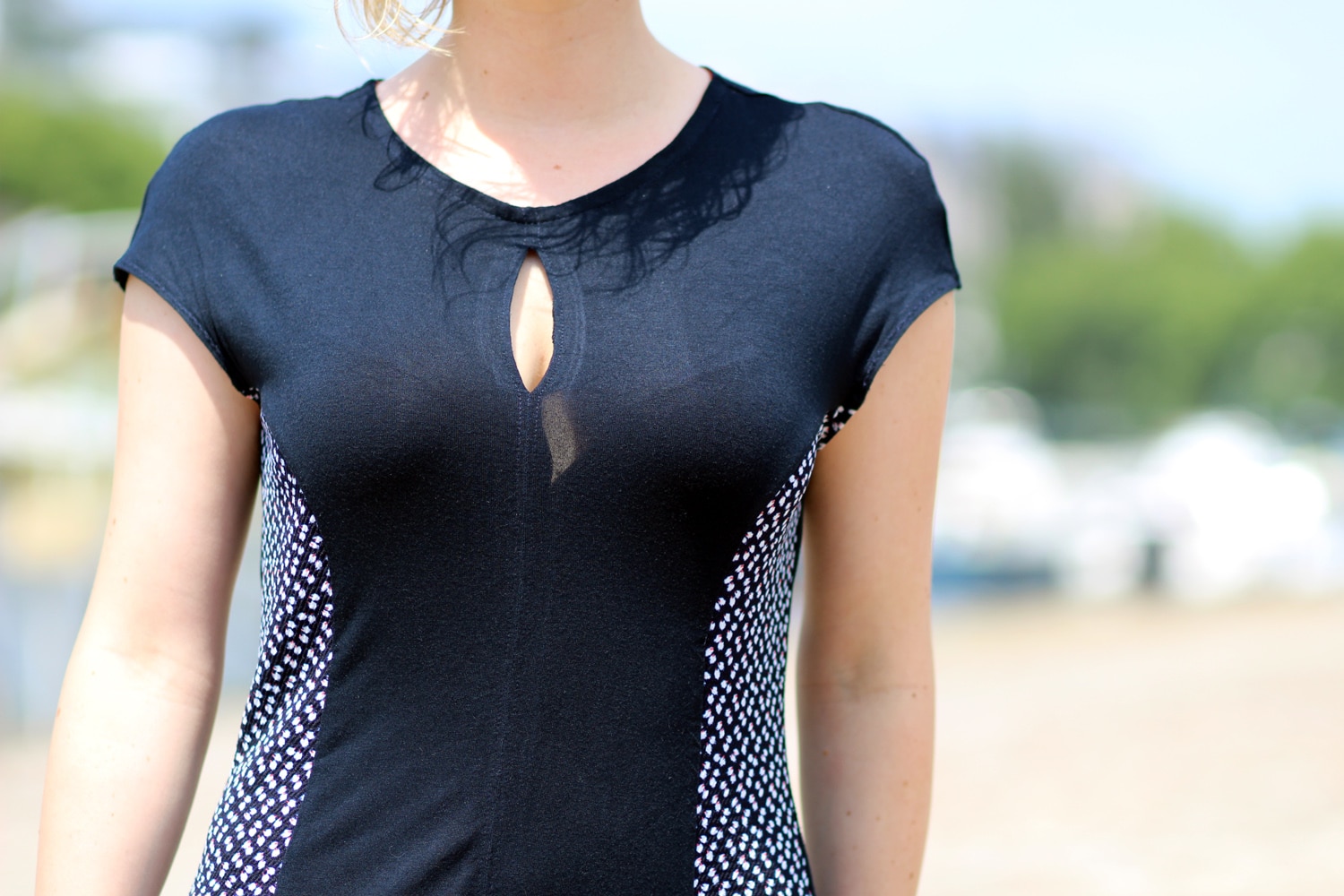 The print-at-home PDF sewing pattern costed $13.98. Regarding the knit fabric, each one costed 6,90€/m. So the whole dress costed me around 30€. 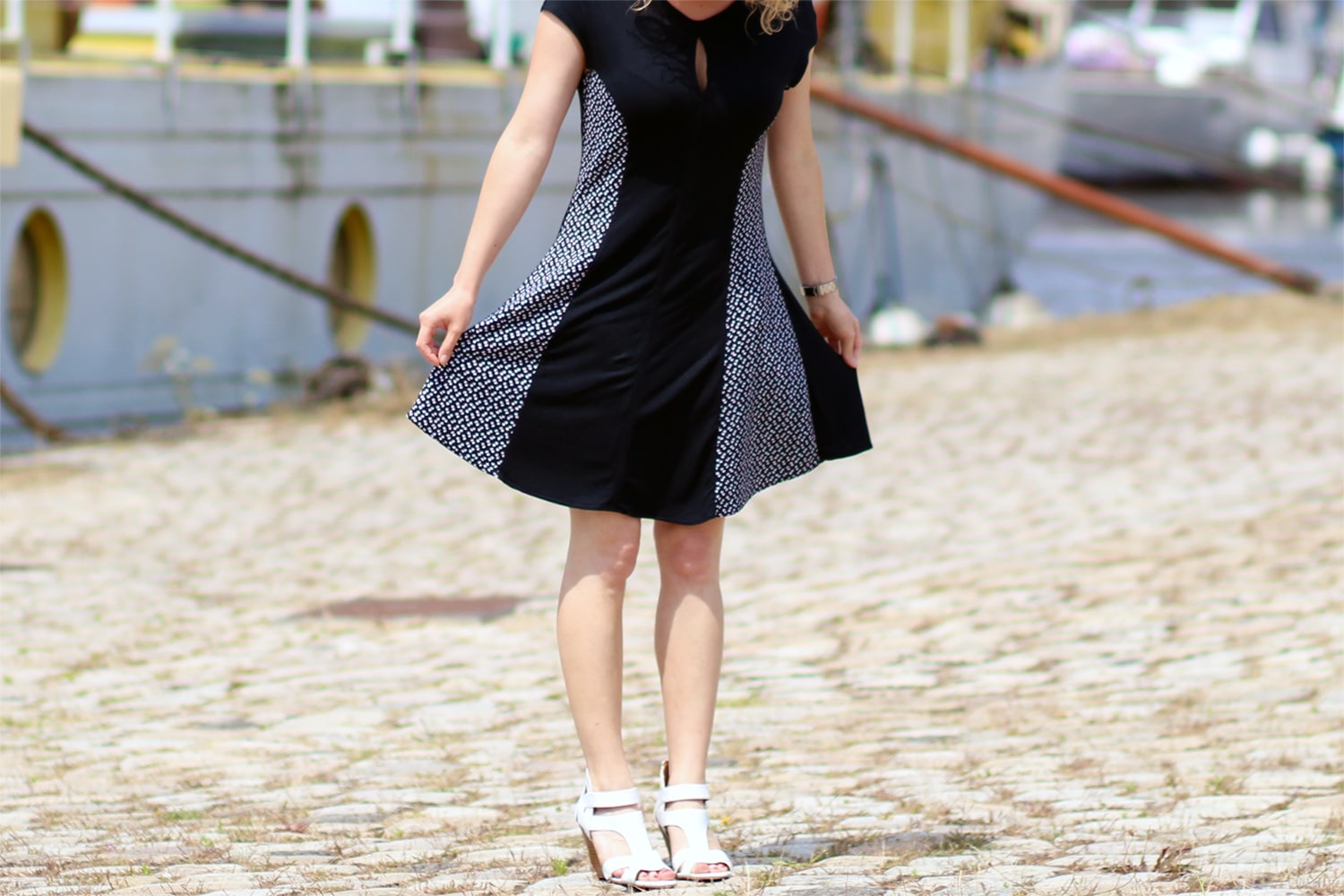 One-coloured jersey that I had chosen was perhaps not ideal for Davie dress because it is very fluid and a bit heavy … but it is so comfortable, some sellers promised that it is as comfortable as a shirt, I confirm ! And for once we can have a comfortable dress that looks like something feminine ( and with which you can enjoy a good dinner at restaurant ^^ ) 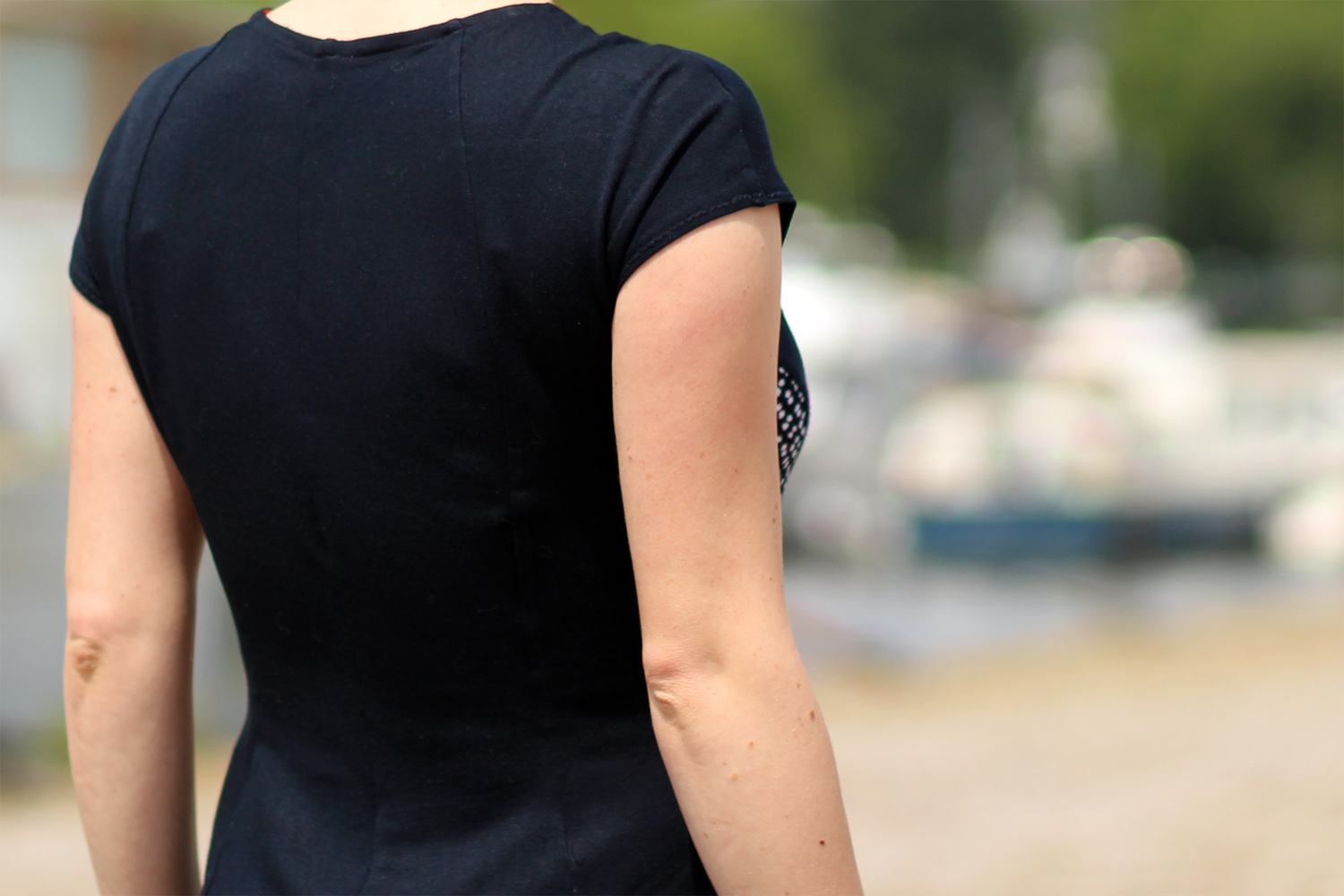 Davie dress is great if you want to improve your skills with your surjetteuse. I will probably sew another one, just to check if I had problems because of the fabrics I chose …

This website uses cookies to improve your experience while you navigate through the website. Out of these, the cookies that are categorized as necessary are stored on your browser as they are essential for the working of basic functionalities of the website. We also use third-party cookies that help us analyze and understand how you use this website. These cookies will be stored in your browser only with your consent. You also have the option to opt-out of these cookies. But opting out of some of these cookies may affect your browsing experience.
Necessary Always Enabled
Necessary cookies are absolutely essential for the website to function properly. This category only includes cookies that ensures basic functionalities and security features of the website. These cookies do not store any personal information.
Non-necessary
Any cookies that may not be particularly necessary for the website to function and is used specifically to collect user personal data via analytics, ads, other embedded contents are termed as non-necessary cookies. It is mandatory to procure user consent prior to running these cookies on your website.
SAVE & ACCEPT